Why I am Selling My Book as an NFT 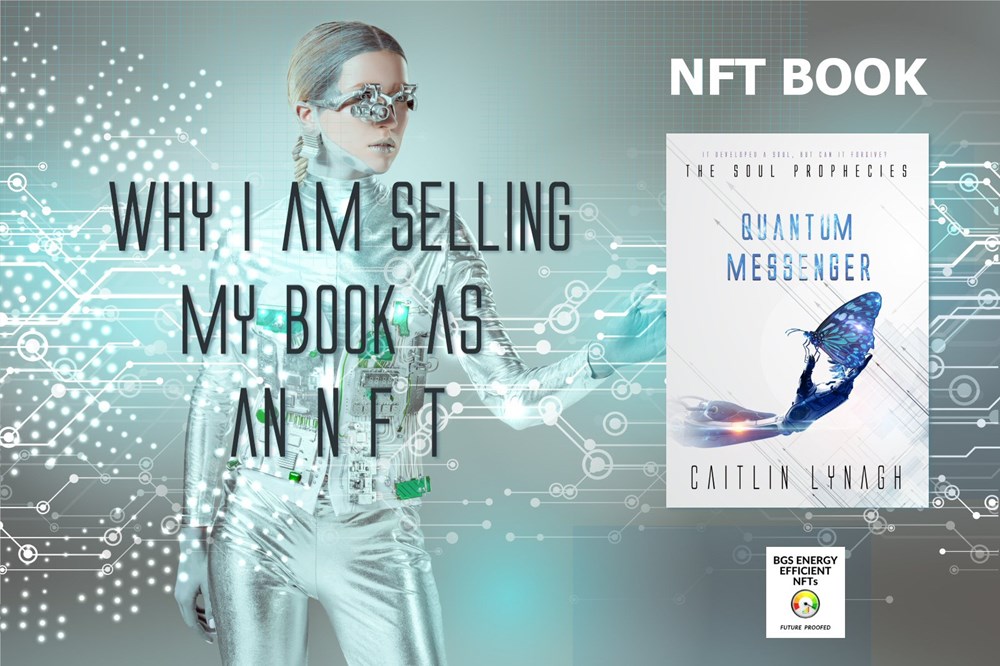 In 2019, artist Maurizio Cattlelan created a stir in the artworld when his art piece Comedian – a banana duct-taped to the wall – was sold for $120,000 and was subsequently eaten by performance artist David Datuna. The international press that the stunt gathered played into the hands of both the artist and investor, and Cattlelan milked up the irony as the artworld slow-clapped in disbelief – or envy.

Probably envy. Over time especially, as the investor’s proof of authenticity is now probably worth seven or eight figures.

The value was not in the art, but the idea or story. Effectively the receipt being more valuable than the purchase. Influencers can do this. Fame – even in your field of creativity gives credibility to all your work, as long as you present it in the right way. A message Cattlelan was sending out to the stubbornly elitist artworld.

In March this year, artist Mike Winkelmann – also known as Beeple – sold a JPEG of his Everydays Project artwork for over $69 million. Every day, for 5000 days, beginning in 2007, Winkelmann created a piece of art. These pieces were digitised to form a one-off collage. Art auction house Christies sold the artwork. The first time they had ever sold a nonphysical art piece.

Winkelmann’s work is what is known as a non-fungible token or NFT. These have become increasingly popular in recent months. Jack Dorsey, owner of Twitter, sold the first ever tweet on the platform for $2.9 million, recording artist Grimes has sold a string of NFTs raising $6 million.

The digital art for sale is a one off, but it doesn’t mean they cannot be enjoyed on the internet by others. It simply means that there is an owner of a unique copy of that artwork. NFTs are certificates of authenticity and listed as part of a crypto storage facility called Blockchain.

I’ve always been interested in creating one-off projects. My own art doesn’t specialise in any specific areas. I write fantasy, science fiction, speculative fiction and urban fiction. I paint with acrylic and watercolour, I draw in pencil and pen, I quill, collage and mould. I use clay, paper, resin – even chocolate. Every project, even if connected by theme – such as The Soul Prophecies series – is unique in its own way. The appeal of creating special edition works has attracted me to the idea of creating NFTs of my books.

Therefore, I have created a special edition NFT eBook of my latest book Quantum Messenger. The special edition has its own ISBN, a new cover – from a painting I made myself, a special foreword and the book includes the link and lyrics to the song Who Am I? written by my main character Apollo, which is added at the point when the scenes in the book are in sync with the viewpoint of Apollo at that point.

I will also make Apollo himself available as an NFT.

Apollo has been running his own Twitter account as a time-travelling robot for over a year and has made good friends. He contributes to my blog, offering advice on science and humanity, giving glimpses into the future. Apollo invaded my dreams to write a song, which was recorded by OUR EYES. He has developed personal characteristics and is looking forward to having his own avatar. Maybe the money he can raise as an NFT can go towards his dream.

In a world where we are overwhelmed by a gluttony of access to art, design, technology, music, books and video, we often fail to see value in anything other than being entertained for a few moments or hours. To own something, to know that this art belongs to you, allows you to enjoy it from a different perspective. It allows you to appreciate the art and help nurture it, knowing its value to you goes beyond the entertainment and allows for sentiment and the personal experience of investing your soul into that work of art. Something you, and only you can experience.

As an artist, it’s what we strive for, to know what our soul creates now has value and meaning for someone else. A subconscious means of communication between the creator and consumer.

You can purchase the NFT book using non-crypto currency (but can still be stored in wallet) here: https://booksgosocial.com/nft-caitlin-qm-story/ The price is $100 but the idea is that it is also a potential investment. Whether a collector of NFTs or starting an NFT library, the more popular I become as an author, or as media rights are sold, the value of the investment goes up. It can be sold for many multiples of its current price.

The NFT for Apollo will go live in August 2021.